Best accommodations in europe, no matter where you go 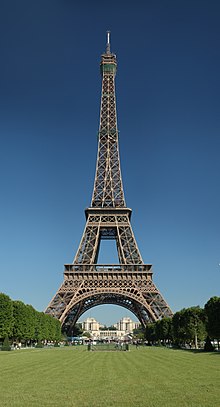 Europe makes up the western one fifth of the Eurasian landmass, bounded by bodies of water on three sides: the Arctic Ocean to the north, the Atlantic Ocean to the west, and the Mediterranean Sea to the south. Europe's eastern borders are ill-defined, and have been moving eastwards throughout history. Currently, the Ural and Caucasus Mountains, the Caspian and Black Seas and the Bosporus Strait are considered its eastern frontier, making Istanbul the only metropolis in the world on two continents. Cyprus is also considered a part of Europe culturally and historically, if not necessarily geographically. The geographic boundaries are a contentious issue and several eastern boundaries have been proposed.

Europe's highest point is Russia's Mt. Elbrus in the Caucasus Mountains, which rises to 5,642 m (18,510 ft) above sea level. Outside the Caucasus, the highest point is the Mont Blanc in the Alps with 4,810 m (15,771 ft) above sea level. Other important mountain ranges include the Pyrenees between France and Spain and the Carpathians that run through Central Europe to the Balkans. Most regions along the North and Baltic Seas are flat, especially the Netherlands, Northern Germany and Denmark. The coasts of the North and Baltic Seas feature labyrinthine archipelagos and hundreds of miles of sandy beaches.

Europe's longest river is the Volga, which meanders 3,530 km (2,193 mi) through Russia, and flows into the Caspian Sea. The Danube and the Rhine formed much of the northern frontier of the Roman Empire, and have been important waterways since pre-historic times. The Danube starts in the Black Forest in Germany and passes through the capital cities Vienna, Bratislava, Budapest, and Belgrade before emptying in the Black Sea. The Rhine starts in the Swiss Alps and caused the Rhine Falls, the largest plain waterfall in Europe. From there, it makes up the French-German border border flowing through Western Germany and the Netherlands. Many castles and fortifications have been built along the Rhine, including those of the Rhine Valley.

Travelling to Europe and no idea what to visit? Things to do in Africa hand-picked by our experts.